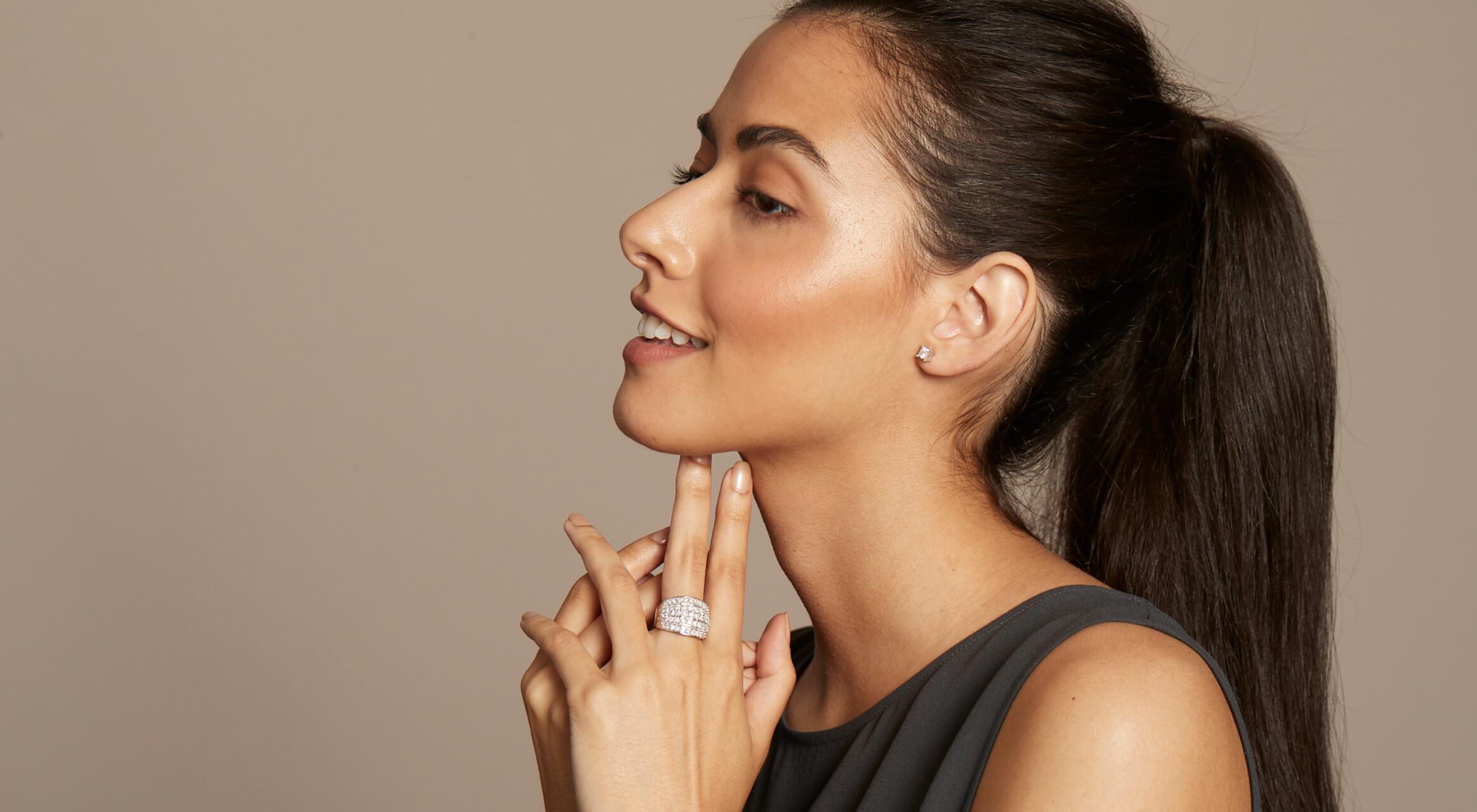 Since starting out in 1999, Netaya has always been a brand that sells their products — beautiful, handcrafted jewelry — directly to their customers. It’s been their competitive advantage for over 20 years. With no middlemen to deal with, they can offer a lower price than their competitors. Meaning for years, they were easily one of the best places to find premium diamond jewelry at a price anyone can afford. More flash, less cash.

Unfortunately, COVID changed all that. Overnight, the world could no longer buy jewelry over the counter, pushing established big name jewelry into D2C all at once. For Netaya, this would mean new, budget-rich competitors invading their market. To hold onto their market share, they needed to react quickly.

Where Netaya had previously only been competing with up-and-coming eCommerce jewelry brands, now they found themselves toe-to-toe with much bigger fish. Due to global lockdowns, large brand names with centuries of brand equity were suddenly unable to sell their jewelry through retail stores. Moving online and selling D2C, these big name brands began leeching market share away from Netaya.

Eager to stay competitive and keep the big guys at bay, Netaya reached out to Parkfield. It was time to scale up their D2C efforts and find a way to stay one step ahead of their hungriest competitors. Having worked with us in the past, they decided to reach out once again and see if we could help them scale up their D2C store in response to this new, increased pressure.

As always, we started off with an initial deep-dive into their business, customers, and overall competitive landscape. What we discovered changed the entire direction of the project.

Examining Netaya’s entire D2C business from end to end turned up some incredibly useful insights. Originally, the company came to us looking to turn around losses they were experiencing due to increased competition. However, looking at the business from the outside, we were able to determine that their issues may not have entirely been due to the pandemic.

In fact, looking at the data, it was clear that widespread lockdowns were providing an opportunity to grow, if the brand could capitalize on it quickly enough.

To support this, we dug into the numbers and discovered that the overall revenue per customer at Netaya had actually been dropping for years. However, in just the first half of 2020 (as lockdowns became the norm) the brand was suddenly seeing more traffic, more customers, and more orders than ever before.

Why? The answer was simple: the same increase in eCommerce demand that was pushing brick and mortar brands online, meant that overall, there were simply more customers available.

Apparently, the solution to Netaya’s problem wouldn’t be a matter of stealing customers back from big name brands. Instead, our focus would be on improving the customer experience, rebuilding their store with that in mind, and identifying tech stacks that could help us achieve our goals. Essentially, anything that would lead to repeat purchases, increased brand evangelism, and a greater average order volume (AOV).

With a clear understanding of the opportunity in front of us, our team sat down at the drawing board. This surge in traffic was great, but to call this project a success, we would need to find a way to keep people buying from Netaya, long after lockdowns had ended and retail stores were open again.

Our time to shine.

Equipped with our newfound data and insights, we put together a proposal with our ideas and comprehensive strategy. This store redesign was going to be laser-focused on attracting new D2C buyers, helping secure a second sale from first purchasers, and improving the entire customer experience to ensure Netaya’s buyers would continue to shop in the future. All in all, the solution would: 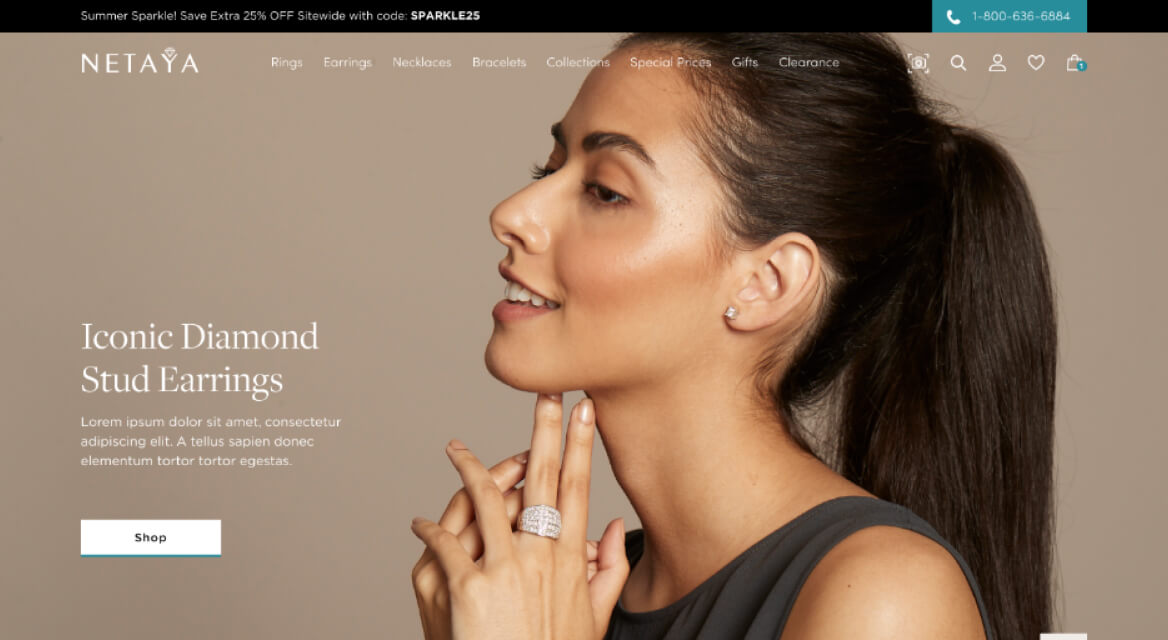 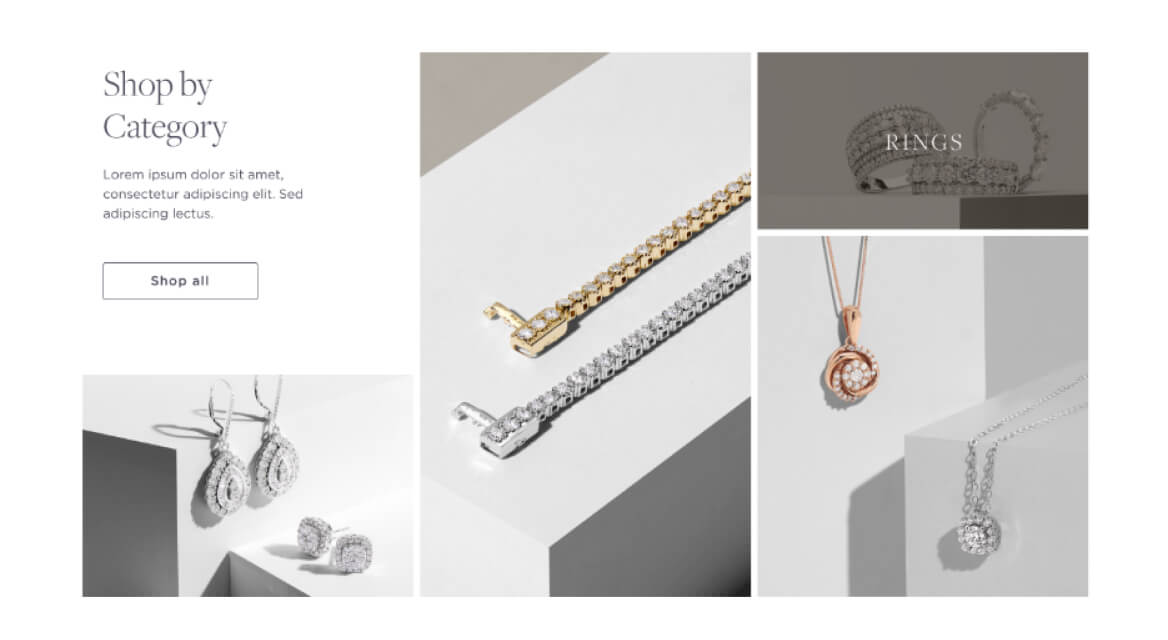 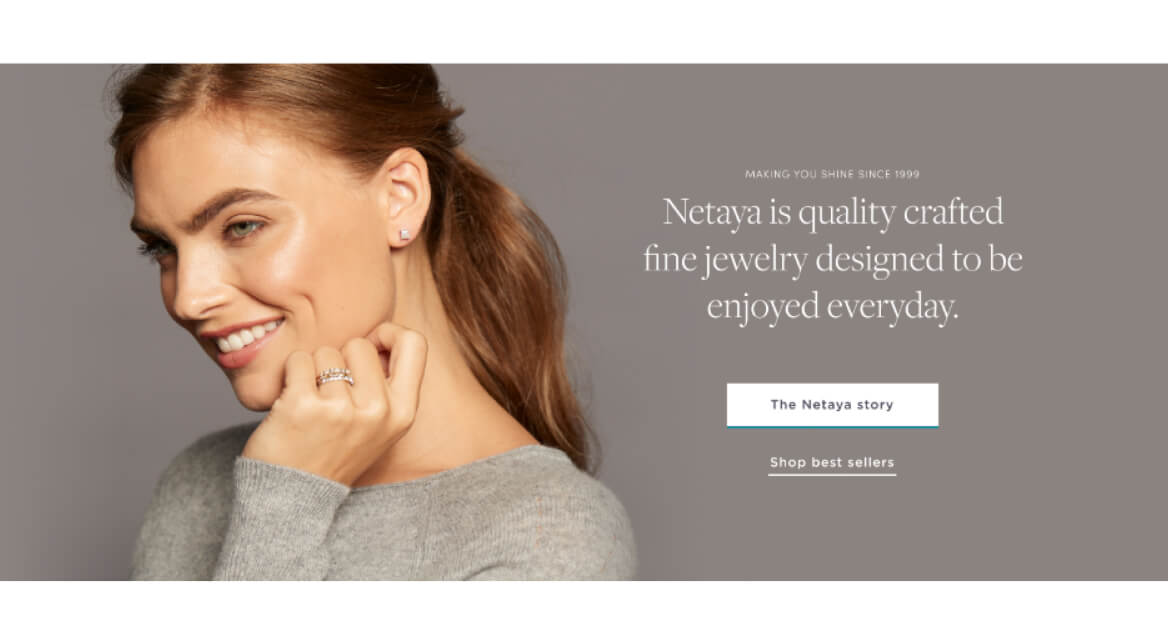 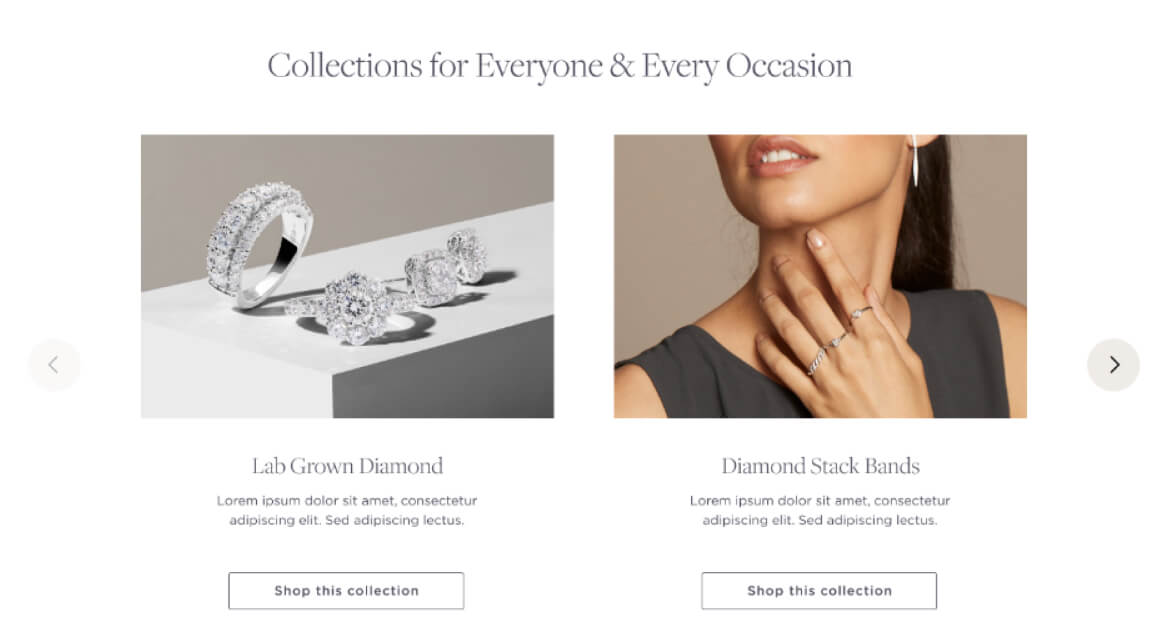 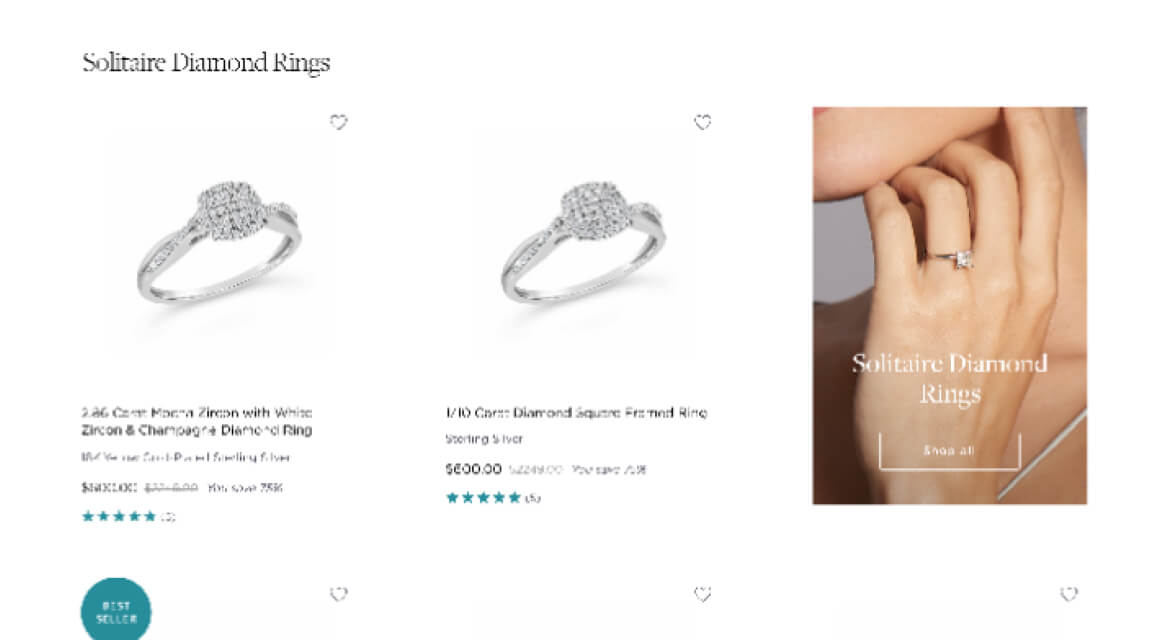 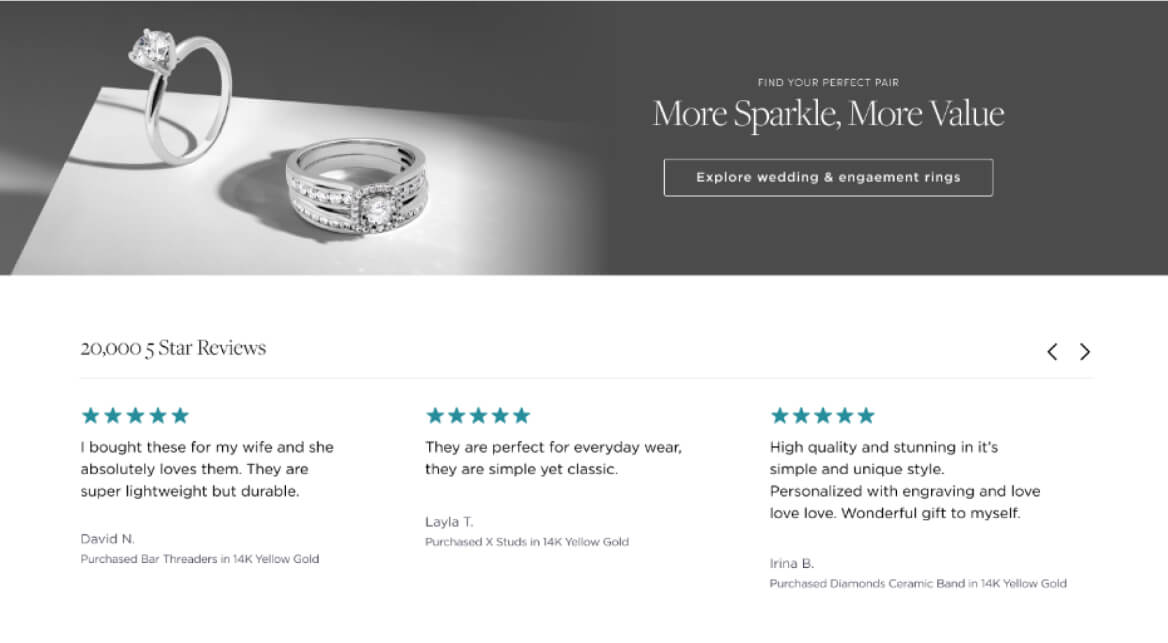 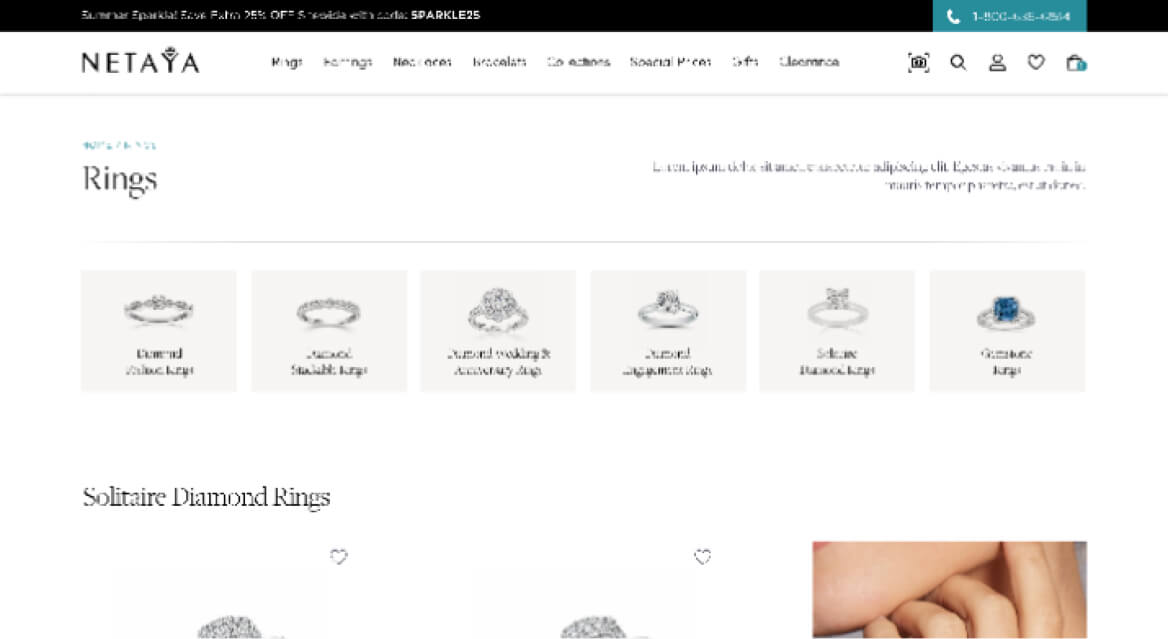 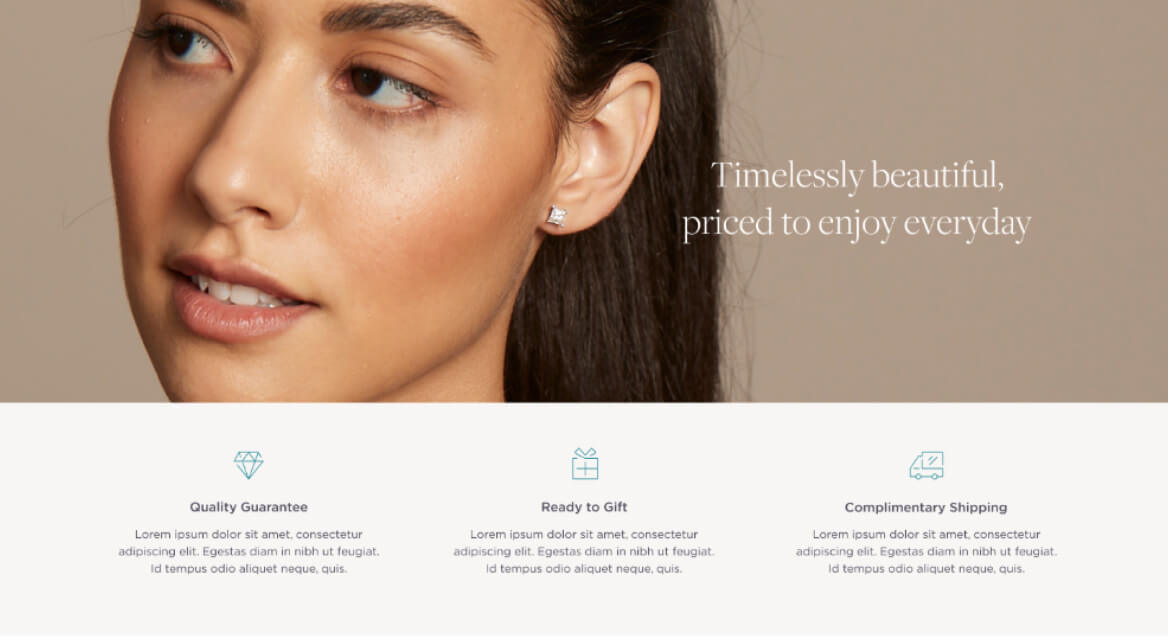 Signing off on the proposal, Netaya was relying on us to make this rebuild a successful one. Not just for their current customers, but for the thousands of new buyers suddenly looking for a D2C store to purchase premium jewelry from. The race was on— to capitalize on this opportunity, the new site needed to be live before lockdowns ended and eCommerce trends changed.

In months, the rebuilt store was ready for launch. And just in time, too. Reports after the fact point to a gradual slowdown in eCommerce traffic as states began reopening the brick-and-mortar economy. While still far ahead of 2019’s eCommerce growth it’s clear that overall eComm traffic was slowing. Despite this, we’re proud to report a continued, 73% increase in new customer traffic, even while the rest of the market began to slow down.

This traffic isn’t just a bunch of tire-kicking window shoppers either. With bounce rates down to 7%, the numbers tell us that these users enjoy using the site and are comfortable browsing it. This might be why repeat users are also up 66% since starting work on the Netaya store, indicating that not only are we capturing new eCommerce traffic, but we’ve also been able to ensure they come back to the site time and again.

Again, it’s important to stress how different this project may have turned out if we hadn’t first double-checked the client’s assumptions. That’s the difference at Parkfield. We aren’t here to simply turn your logo, colors, and favorite fonts into a pretty store. Instead, we dig deep, leaving no stone unturned as we analyze your D2C funnel from the ground up.

If you’re ready to move to D2C, scale up your revenue, and uncover hidden growth opportunities in your own business, use the form below to set up a free call.

"From their expertise in site and feature planning, through design, and project management — Parkfield are one of the best firms I have had the pleasure of working with."

See how we helped Rule One turn a D2C store migration into a 41% increase in sales and a 372% spike in conversions.

Find out how Swimsuits Direct’s Shopify Plus migration translated into a 112% boost to sales.