eCommerce
< Back to journal 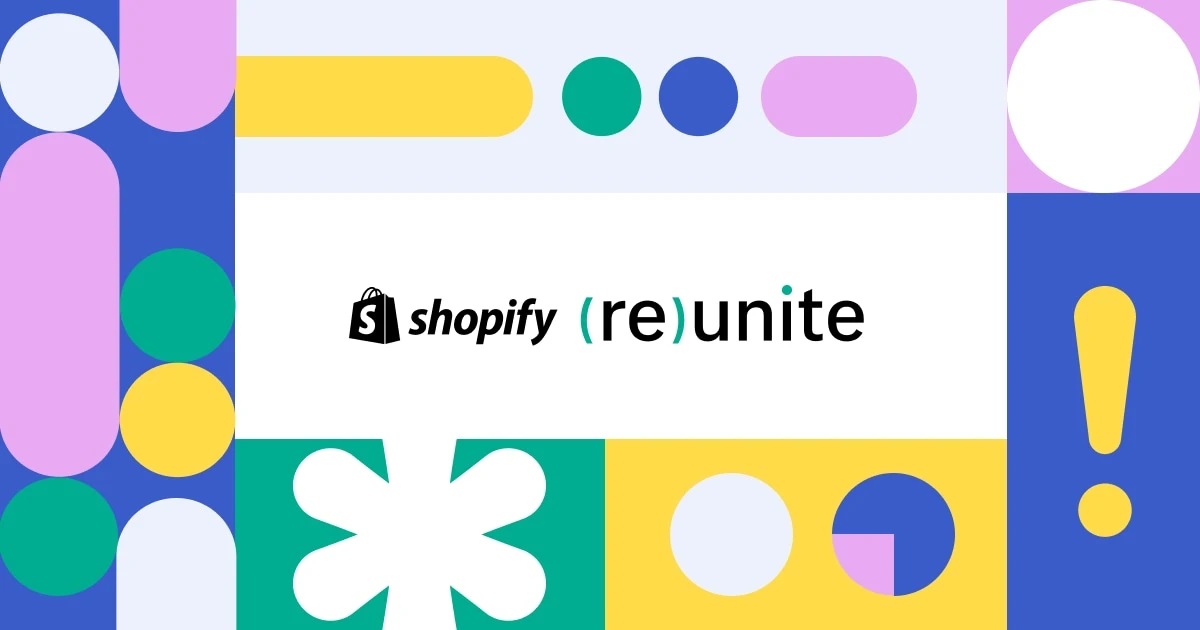 On Wednesday Shopify held Reunite 2020, a virtual revamp of its annual conference, Shopify Unite. The in-person event had to be scrapped earlier this year in response to Covid-19.

The eCommerce platform announced a series of exciting updates that will make it easier, faster and more convenient for merchants to do business online. You can get the full scoop on everything that was covered here, but if you’re short on time, we’ve broken down the top five Reunite takeaways Shopify sellers will want to know about.

Raise your hand if you’re still using your personal bank account or credit card for business purposes. Don’t worry–if your hand is raised, you’re safely anonymous from behind your computer screen and Shopify says you’re not alone.

Even though most of us realize it’s best to separate personal from business finances, Shopify found that two in five merchants still intermingle them. That’s the catalyst for Shopify Balance, an accessible business banking solution that consists of an account, a card and rewards.

Using Shopify Balance, merchants will be able to access funds from customer orders the same day they’re placed. Currently, funds are not available for several days, and many banks charge fees to transfer the money into the seller’s bank account. From the Shopify admin dashboard, sellers can see cash flow, track expenses and pay bills.

Shopify Balance will launch in early access for U.S. based merchants later this year.

Current times call for customized delivery options that serve your customers both near and far. Though many states are moving to reopen retail shopping, many customers will likely be hesitant to rush back into crowded stores for some time.

The new Local Delivery feature will allow merchants to customize their shipping selection to include options for in-store pickup, curbside pickup, and local delivery, each with their own fee structure. Using a radius or a list of zip codes, sellers can define how far they’ll travel to deliver orders, then set corresponding delivery prices.

A soon-to-be-released app will even help delivery drivers map the optimum route between order drop-off points.

With financial uncertainty in high supply and credit card debt ballooning (the average American has $6,200 in unpaid balances, according to the latest data), shoppers are looking for alternative ways to pay for their purchases that won’t rack up a ton of interest after the fact.

Shop Pay Installments will give customers the option to pay for purchases in four equal installments, with no interest and at no additional charge to them. As the seller, you’re paid up front and don’t have to worry about the hassle of chasing down future payments.

We’ve seen clients boost conversion rates and average order values by implementing existing buy-now-pay-later applications like Klarna, so it will be interesting to see what Shop Pay Installments brings to the alternate payment landscape. Merchants can join a waitlist for first access to the feature here.

Currently, most Shopify merchants use a third-party app like Klaviyo to send marketing emails and build automations–critical tools for increasing conversions and building lifetime value.

Now, Shopify is getting into the email marketing game with its own branded email component, Shopify Email. With just a few clicks and no coding, you’ll be able to create, send and track emails that mesh with your existing design and seamlessly integrate your products.

Merchants will see Shopify Email appear within their marketing dashboards over the next few weeks. It will be free to all until October 1, at which point it will move to a freemium model.

5. The Shopify Fulfillment Network is Open To All Merchants

At last year’s Unite event, Shopify announced it was pouring $1 billion over five years into building out the Shopify Fulfillment Network. The network takes fulfillment off merchants’ plates by using machine learning to predict demand, allocate inventory and route orders to the nearest fulfillment center, where product is stocked and shipped.

After successfully handling a test run of two-day shipping for beta users during Black Friday and the 2019 holiday season, Shopify says the Fulfillment Network is now ready for mass release. If you’re to a point where order fulfillment is creating a bottleneck in your business, this could be a cost-effective way to free up resources and allocate more time to revenue-driving activities.

Also at Reunite, Shopify leaders discussed the new Shop App and Shop Channel, which are intended to help merchants reach new customers and better serve existing ones. We cover the Shop App in depth in this post.

Which of these features are you most eager to take advantage of?

If you need a little guidance on where to start, we can help you map out a game plan. Click here to schedule your free consultation with one of our eCommerce experts today. We look forward to meeting you!