Get a free assessment
Marketing

Micro vs Macro Influencers - Who Brings in the Biggest Wins? 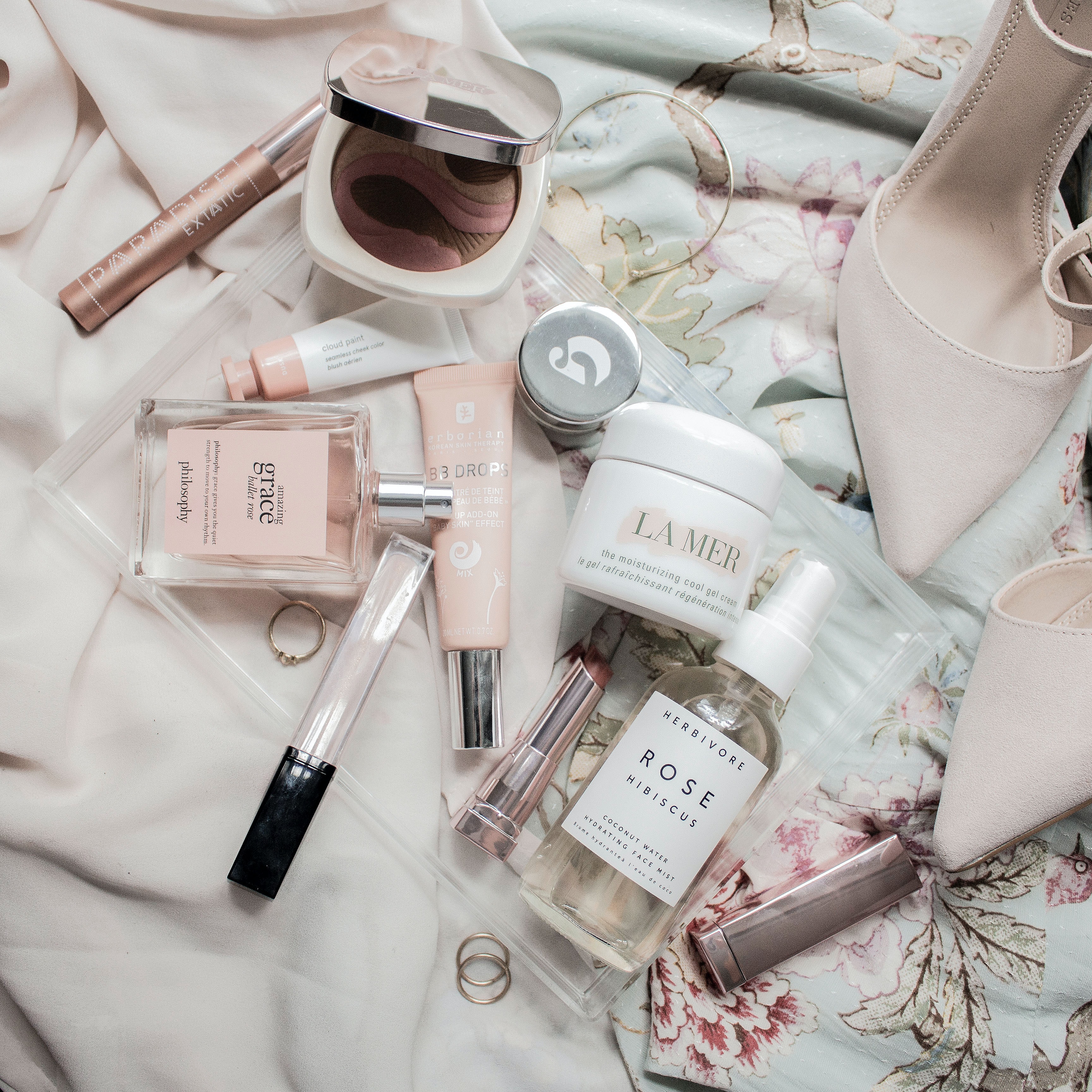 The word “influencer” has created quite a buzz in recent years and influencer marketing has proven to be an exciting new way to create brand awareness. For example, the eyewear company Warby Parker collaborated with 7 micro-influencers, resulting in a campaign with 3.4% engagement rate and 800,000 views (well above average for the industry). Talk about results!

Think about it, you see an average Joe with more or less 7,000 followers rocking a cool new tech gadget, and you wonder, “mhmm, what company makes that? Let me check them out!”

Well that’s exactly how it works!

But before you get too excited, there’s a lot to factor in. Should you consider working with macro or micro-influencers? How do you know if they’re the right fit for your company?

Before we dive too deep into the influencer world, let’s rewind to unveil the main differences between micro and macro-influencers so you can make the best decision for your business.

Not sure where to start with influencer marketing? Let our experienced team give you the roadmap.

A micro-influencer is an influencer with a social media audience ranging from 1,000- 50,000. To break it down even more, a nano-influencer has an audience of 1,000- 10,000. For the sake of simplicity, we’ll combine both nano and micro into the “micro” category.

One of the first things you want to consider when searching for influencers is the industry they’re involved with. For example, if you’re in the beauty industry, you might reach out to Instagram influencers like @zolicouture, @alksne, or @angielistica. And if you’re in the consumer tech space, you might connect with Youtubers like Jpndiazz or Liztech.

Working with micro-influencers has both positives and negatives and it all depends on what exactly your business is looking to achieve.To clarify, if you want to get lots of eyeballs on your content, but don’t care much about conversions just yet, micro-influencers might not be for you.

On the other hand, if you don’t have thousands to spend on your marketing, then micro-influencers would be a perfect place to start. Like we mentioned previously, it’s more logical to work with a micro-influencer over a longer time period to build trust with both audiences instead of blowing it all on a big-time influencer.

Let’s tackle some more benefits of working with a micro-influencer:

To every ying, there is a yang so here are the downfalls:

At the end of the day, micro-influencers are often overlooked but could be highly beneficial for your brand. Now, let’s take a look at macro-influencers.

In contrast, macro-influencers are celebrity-like figures in the community that either were celebrities to start with and their online presence moved with them or they started as a micro-influencer and gained major traction by going viral, such as on Tik-Tok or Instagram. An audience of 150,000  is considered a macro-influencer and anything above 500,000 is a “mega-influencer”.

To give an example, let’s take a look at the Ivy Park x Adidas collaboration. Ivy Park is an athleisure company owned by the well-known global phenomenon, Beyonce, and Adidas - well, they’re the second-largest footwear company after Nike.

Adidas recognized that a major demographic of theirs is women. What better icon to represent them than the queen bee herself? Both brands partnered up to create exclusive clothing with other noteworthy macro-influencers like Hailey Bieber, Shi Gray, and Gucci Mane (well he’s more of a mega!).

This campaign blew up during the midst of the pandemic when Beyonce birthed the mantra, “This is your park” to encourage others to seek near to them to find inspiration.

By aligning with the right macro-influencers, you can sell out your exclusive deals too.

Aside from enormous reach, other advantages of working with macro-influencers include:

On the flip side, here are the cons:

Because there are a lot of elements to ponder, let’s dissect which would be more appropriate for your business goals.

Who should you work with - micro- or macro-influencers?

This depends entirely on your:

In regards to your goals, are you looking to massively increase your brand awareness? If so, macro-influencers will assist with that. Need better customer loyalty? Then, you’ll want to find those genuine micro-influencers. This is not to say that if you partner with a micro-influencer you wouldn’t see a large reach boost or visa versa. The outcomes are often on a case by case basis and vary greatly by industry.

Maybe you have an influencer outreach specialist on your team already. In this case, it’ll be a heck of a lot easier to get going with your decisions. But if you’re starting from scratch and don’t have much expertise in this marketing realm, micro-influencers will be your best bet.

Let’s say, for example, you just need a one-time bump for your business to take off. In this scenario, macros would work well for your goals. Long-term relationships with micro-influencers could be favorable as they could put you in touch with other like-minded influencers in their network, and you’ll be able to build that trust with both audiences.

Last but not least, if your audience is small, they won’t take to a gigantic influencer and the same goes the other way around. Think of them first.

Work with micro-influencers if you:

Work with macro-influencers if you:

While it may be tempting to go for influencers who have the most followers (that you can afford), look instead for loyalty and engagement. How? Check their comments - how does the influencer interact with their audience? What does their engagement rate look like? To put engagement rates into perspective, an influencer with 10,000 followers and an engagement rate of 10% are at the top 1% most invaluable Instagram influencers.

Make certain that your brand is a great fit for the influencer’s niche and that their audience is as close as possible to your ideal customer, otherwise you’ll both be wasting precious time and money.

Micro-influencers may not have as big a reach as macro-influencers, but in the end, what matters is authenticity and a perfect fit to your brand purpose and values.

Get in touch today → 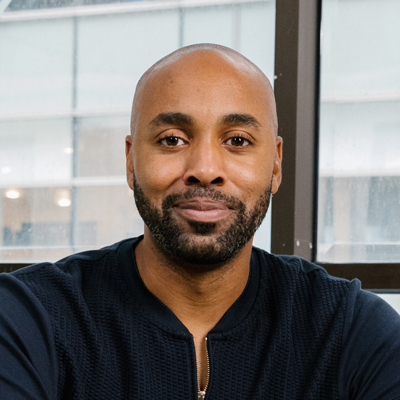 Rich, the CEO of Parkfield, is a direct marketing pro with a decade of experience helping companies build, grow, and re-imagine their businesses. Rich focuses on using data and technology to create marketing solutions that capitalize on business opportunities and drive growth.

Message me
Why Everyone’s Talking About Social Commerce: Tips, Tricks, & Trends
How Can You Personalize Your Customer Journey?
8 Email Marketing Strategies to Turn Subscribers into Sales
Why UGC Needs to Be Part of Your D2C Content Marketing‍
Your Shopify 2.0 Questions Answered
Landing Page Design: 9 Conversion-Driven Design Elements You Need to Know
How to Setup Klaviyo with Shopify for Data-Driven Customer Outreach
Migrating to Shopify 2.0: Your Quick and Easy Guide
11 Steps to Building a Successful D2C Brand in 2022
6 SEO Strategies to Grow Your eCommerce Store
4 Fixes For Low Conversion Rates on Your Shopify Store
The 3 Best Themes For Shopify Storefront 2.0
The Definitive Guide to Shopify 2.0
Why D2C brands can't rely on Amazon over the long term
39 ways to improve conversion rates on your eCommerce product pages
How to Use Reviews to Collect Zero-Party Data During BF/CM
Keep Your Store Running During BF/CM: 5 Strategies
Quick and dirty guide to Instagram Shopping
3 things D2C brands can NOT overlook before Q4
Improve your product pages; steal ideas from these 3 brands.
5 reasons to start offering gift cards today.
How to plan for Q4 shipping challenges.
How Wüfers increased CLTV by over 26% by focusing on CX.
6 easy ways to surprise and delight your top customers.
Navigating Instagram's (slightly scary) pivot to video
How to “flip your funnel” and future-proof your D2C brand.
Building an eCommerce brand in the age of privacy
Shopify Commission Changes Mean More Revenue for App Developers
Learn from the Best in the eCommerce Business at D2C-CPG Summit 2021
How To Decide Which Position To Hire For Next
Micro vs Macro Influencers - Who Brings in the Biggest Wins?
When Should I Hire? A Guide For Growing D2C Brands
Why Having an eCommerce Business Assessment is Vital to Your Business Growth
Pinterest Releases New Features To Help Shopify Merchants Sell More
Top 9 D2C Drink Brands for Inspiration
How To Write A Content Brief That Attracts And Excites Influencers
Is Your Influencer Marketing Strategy Working? 3 Tips To Make Sure
"I Grew a TikTok Community from Zero to 10K in 6 Weeks. Here’s What I Learned."
What D2C Brands Need To Know About Apple’s Latest ios14.5 Update
Benefits of Digital Marketing for Small Businesses l Parkfield Commerce
What Is PPC Campaign Management?
Why Should I Hire a Digital Marketing Agency?
Yes, it's time to STOP focusing on sales. Here's why…
How to Maximize Customer Retention & Get New Customers on Valentine’s Day
How to Turn New Customers from 2020 into Repeat Customers in 2021
12 Must Have Shopify Apps for 2021
How to Combine Holiday Promotion Customer Retention with Loyalty Marketing in Order to Grow Engagement & Incentivize Repeat Purchases in 2021
Parkfield Commerce Named Top Agency for 2021
Don't Blow Your Budget! 10 Ways to Get Paid Media Right This Year
SMS, Facebook Messenger & More: 10 High-Converting Templates for BFCM
Get Out of the Back Office and Grow Your Sales this Black Friday with Process Automation
5 Ways to Use Customer Reviews to Crush Your Holiday Sales Targets
Boost Holiday Sales by 25% With Exceptional Customer Support
3 Winning Email Templates To Smash Your BFCM Sales Goals
10 Musts for Maximum Conversions During Black Friday and Cyber Monday
Multiply Your Subscriber List By 700% With These 6 Conversion Tricks
10 Tips to Win With eCommerce During Black Friday Cyber Monday 2020
Volusion Vs. Shopify: Should I Switch Platforms?
Shopify Updates July 2020: The Complete List
How ShipScout Makes Free Shipping Profitable With A/B Testing
Shopify’s New Integration With Hero Now Makes Virtual Shopping Possible
10 Things to Consider When Taking Your B2B Brand D2C
Omniconvert Launches Reveal to Boost Your Customer Lifetime Value
Shopify Updates June 2020: The Complete List
Ria's Observations from Search Engine Journal's 2020 eSummit
Strategies for A Successful Omni-Channel Shopping Experience
Parkfield Named Top eCommerce Development Company
Walmart Joins Forces With Shopify to Expand Its Marketplace
Leverage Returns To Increase Sales And Brand Loyalty
Shopify POS Update: How Brands Can Adapt to the Future of Retail
Shopify Updates May 2020: The Complete List
Facebook Shops: An Exciting New Sales Channel For Online Merchants
Shopify Announces New Finance Tools to Improve Your Cash Flow
5 Key Takeaways From Shopify Reunite 2020
Webinar June 11, 2020: Master Your Metrics
4 Ways Shopify’s New Shop App Can Help You Win More Conversions
Shopify Allows Cloudflare; Advanced SEO Capabilities Added
How To Maximize Your PPC Performance During The Coronavirus
Tasks To Improve Your Search Engine Optimization During The Slow Down
How to use the COVID-19 slowdown to your business’s advantage
9 Transactional Emails Your Brand Needs To Be Sending
5 New Shopify Merchant Features for Spring 2020
Replatforming Guide
Want to find out the most important thing we learned about in eCommerce during 2019?
12 Must Have Shopify Apps for 2020
Top 17 Home Interior Websites for Design Inspiration
Top 19 Swimwear eCommerce Sites for Inspiration
What Is ADA? Key Steps to Make Your Shopify Store ADA Compliant
6 Search Tips for 2020 from the Top SEO Experts
SMS for eCommerce: Everything You Need To Know
The end of life for Magento 1 is approaching. Are you prepared?
5 Ways Lifestyle Brands Can Win With eCommerce During The Holidays
9 Ways To Increase Site Speed On Your Shopify Store And Crush Conversions
Growth of the eCommerce Market - Where Is eCommerce Headed?
How Shopify Can Reshape Your Business (5+ Noteworthy Ideas)
7 Omni-Channel Marketing Strategies For A Seamless User Experience
8 Eye-Opening eCommerce Digital Marketing Trends to Watch For 2019
10 Fool-Proof Ways Your Shopify Business Can Compete With Amazon
Parkfield Commerce Delivers. Just Ask Clutch
Top 5 Ultimate SEO and Optimization Apps for Shopify
<- Previous articleNext article -> 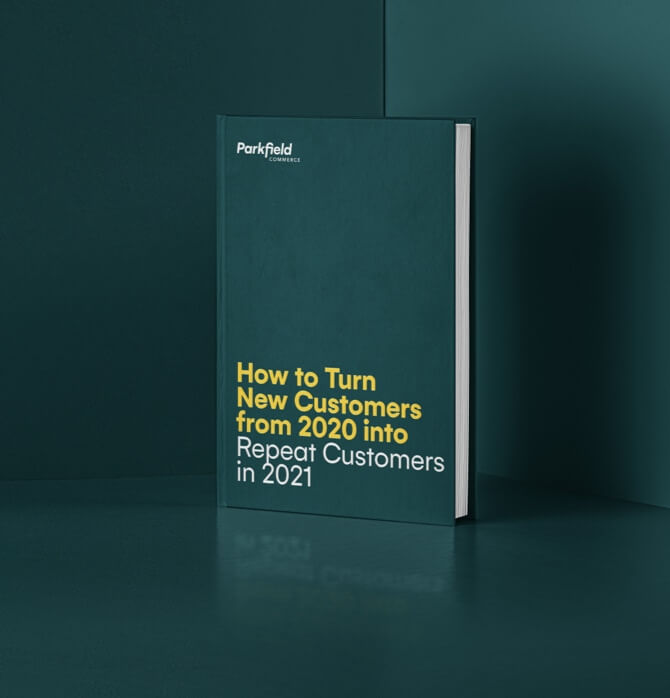 Access our free guide to CRO and we’ll take you through the whole process, step by step. Enter your email below to get started.
Thank you! Your submission has been received!
Oops! Something went wrong while submitting the form.

How Can You Personalize Your Customer Journey?